Minerals and Limescale in water?

Water containing limestone provides the amount of calcium and magnesium our body needs to promote bone consolidation, help muscles and the nervous system work properly, and prevent the risk of cardiovascular disease or osteoporosis. It also participates in the defence of the human body.​ « The mineral elements present in tap water, by participating in the daily mineral supply necessary for the proper functioning of the body, have a definite beneficial role for health. Calcium in water could also play a role in protecting against cardiovascular disease. The role of calcium in fat elimination and blood cholesterol regulation is also recognised » (source Ministry of Health France 2006).

In France, the Nutritional References of inorganic minerals for the population (RNP) are 950 mg / day for adults over 25 years old, and 1000 mg / day between 18 and 25 years old (source ANPES 2017). The WHO (World Health Organization) speaks of an “optimum below 1000 mg / liter“. Most doctors believe that healthy water should contain a variety of inorganic minerals and trace elements containing between 50 and 500 mg / liter for daily use.​

The consumption of sufficiently hard water, along with a balanced diet allows you to cover your daily calcium and magnesium needs.​

​The presence of limescale in water is often expressed as the hardness of the water expressed in TH (Hydrotimetric Title or French degrees ° f); 1 ° f hardness = 10 mg / L of limescale; limescale is 80% of all dry residues present in water. Dry residues are calculated according to the electrical conductivity of the water expressed in µScm-1. For example in Rhode St. Genèse in Belgium, tap water has 647 µScm-1 for a hardness of 37 ° f, i.e. 647 x 0.71592 (given conversion factor) = 463 mg / L of dry residues including 370 mg limescale (hard water). 1 French degree = 4 mg calcium or 2.4 mg magnesium per liter of water.​

All mineralized water (including tap water) contains limestone which is transformed under the effect of heat into scale which initially appears in the form of aragonite (softer and more soluble scale) which eventually turns into calcite (hard and compact scale which becomes encrusted and hardens inside sanitary pipes).

This limestone will precipitate around the resistances of the boiler-water heater (which heats the water up to a maximum of 55 ° C) and will turn into tartar, which will reduce its energy efficiency, but it will, in time, also become embedded to the inside of the sanitary pipes with the risk of clogging them!

In order to avoid these inconveniences, it is therefore necessary to treat this limestone by transforming its mineralogical structure in order to make it more soluble, which prevents it from becoming encrusted. Limestone therefore remains present in the water, but it no longer has any inconveniences.

Thanks to its permanent magnets and the magnetic fields generated, the Biodynamizer treats limestone for all tap water with a hardness of up to 40 ° f (French degree).

Above 40 ° f of city water hardness (very hard water), we therefore recommend placing an additional limescale treatment device, the Biolimescaler® (in addition to the Biodynamizer ®). It additionally treats limestone by transforming its mineralogical structure in the form of calcite into aragonite (white powder which is easily evacuated) as well as the morphology of limestone crystals (their size increases = early germination of tartar). In addition, the Biolimescaler® helps to eliminate existing encrustations in the pipes.

Dynamization will modify the structure of limescale in water​

The Biodynamizer® treats limescale with the mechanical vortices & magnetic vortices by modifying its mineralogical structure (calcite -> aragonite -> vaterite) and the morphology of limescale crystals (their size increases). ​

​The polarization of the water molecules induced by the magnetisation makes it possible to increase the coagulation of the limescale crystals (early germination) which reduces the drawbacks of limescale (which clings to the walls):  ​

This is done in the Biodynamizer® thanks to: ​

The disadvantages of a water softener ​ 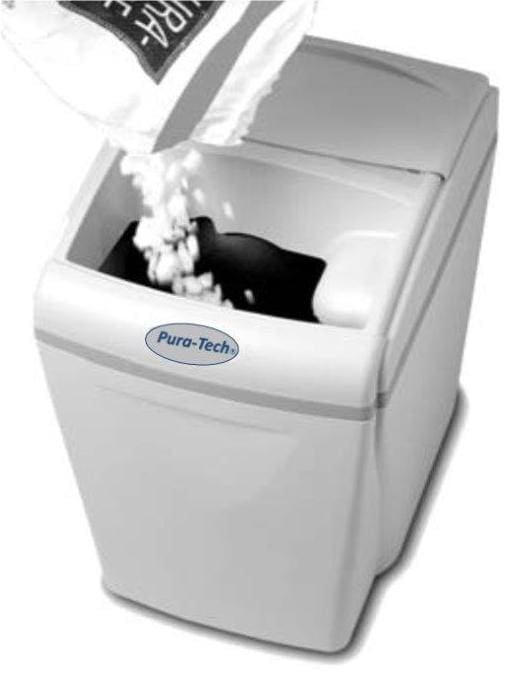 Maintenance of the most common household appliances​