Researcher: Konstantin Korotkov (Russian physicist and inventor who holds a chair at the University of St. Petersburg) ​

GDV analysis carried out by a Belgian doctor and a French doctor at the request of SA Dynamized Technologies on 09.09.2014 with the proV2 camera in a faraday cage on the basis of a device applying the principles of dynamization similar to that of the Biodynamizer®.​

​Method: The GDV camera captures photonic emissions (in the visible light spectrum) of a body following its submission to an electric field which in turn creates an electromagnetic field; principle of the crown effect / Kirlian Photography; the camera visualizes the body’s energy radiation; it partially perceives photons (better visible in the UV spectrum of the electrophotonic camera) but the system has a large interpretation database.​ 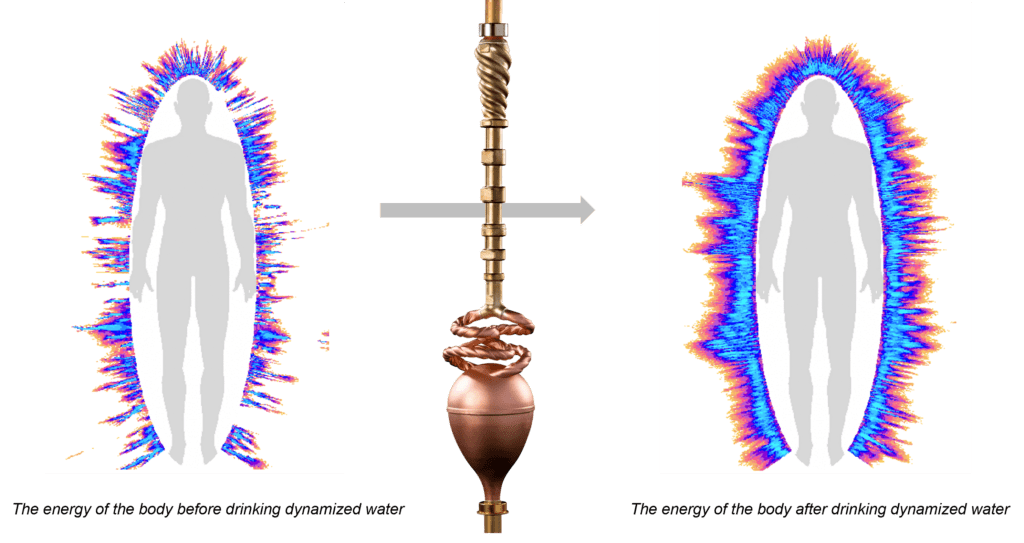 We see in the images that after drinking dynamized water the energy field (which we can interpret as energy vitality) of the person increases very significantly, that is +/- 50%! And this happens immediately after drinking it!​