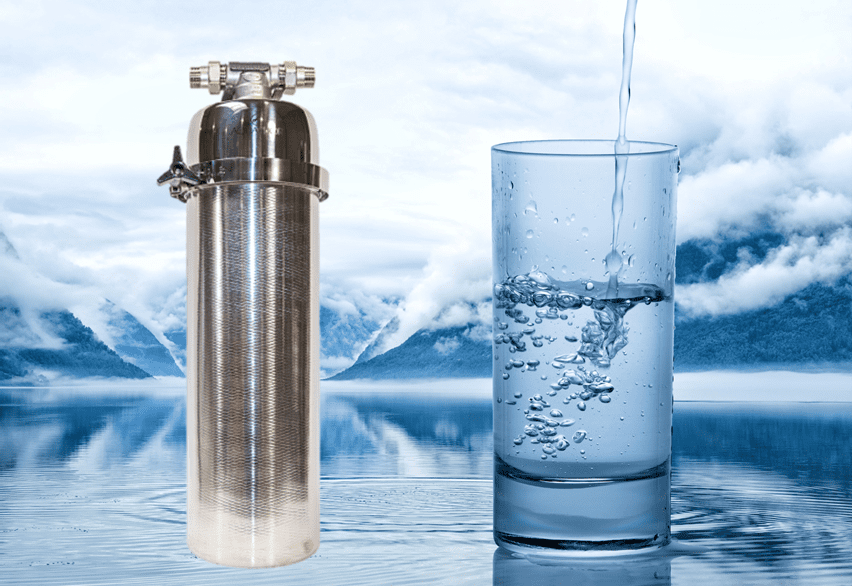 Before dynamizing tap water in a house, it is important to remove the pollutants it may contain. These can come from micropollutants that would not have been retained by the treatment plant or those from the water conduits upstream of the individual water meter (contamination due to standing water, leaks, works etc.) …). To do this we offer new technology filtration with activated carbon compressed in a hollow fibre which integrates ionized silver. This filter is probably the most efficient and effective on the market and will remove most of the pollutants that would still be present in city water.​ 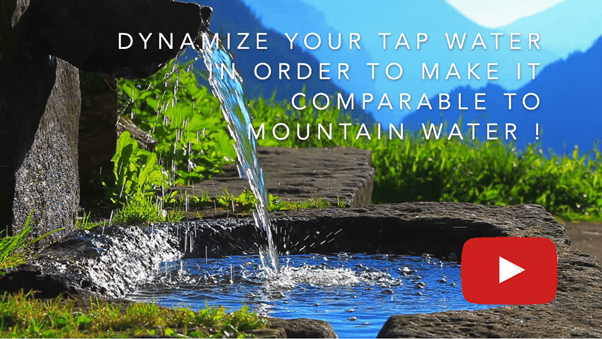 Before dynamizing tap water in a house, it is important to remove the pollutants it may contain. These can come from micropollutants that would not have been retained by the treatment plant or those from the water conduits upstream of the individual water meter (contamination due to standing water, leaks, work etc.)​

To do this, we offer activated carbon filtration compressed in a hollow fiber which integrates ionized silver which will largely remove the pollutants (measured in micrograms µg / L) which would still be present in city water (i.e. chlorine, bad tastes and odors, iron and corrosion of pipes, bacteria, chemicals, nitrates & nitrites, sulfates, heavy metals, including arsenic, cadmium, chromium, mercury, nickel, lead, selenium and zinc, aluminum, drugs and hormones, radioactivity, etc.). This filtration preserves the trace elements (measured in µg / L) in water which are fully assimilated by the body as well as inorganic minerals (measured in mg / L) which are partially metabolized and are energy receptors present in water.​

Limestone is therefore not removed by the filter as a softener does, but it will be restructured by the biodynamizer, transforming it from calcite to aragonite, which will prevent it from becoming embedded in the sanitary pipes.

The minerals are not removed either as a reverse osmosis would, but its ionic form is transformed into colloidal form by the biodynamizer, which will allow them to be more easily evacuated via the stools (and partly by the urine without overloading kidneys), see also Bioelectronic study.​ 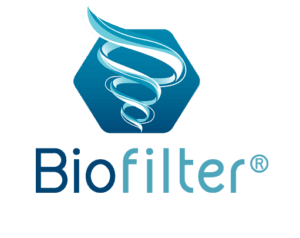 Efficiency Biofilter
How works the Biofilter 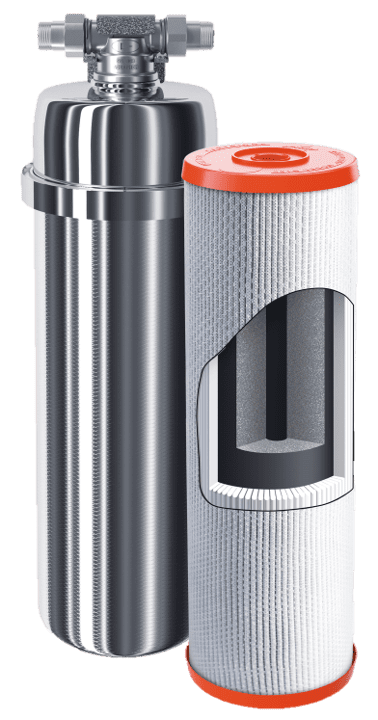 Maintenance of the Biofilter: replacement of the filter cartridge​

The Biofilter contains a filter cartridge with a capacity of 150 m3 (150,000 liters) and a maximum of 1 year. Depending on the number of consumers, this is equivalent to a water consumption of +/- 12 months for 5 people (at an average consumption of 30m3 / year / person); It is important to renew the filter cartridge after these parameters have been reached because, beyond the capacity indicated, the cartridge is likely to become clogged and lose efficiency, with the consequence that its microbial load can become excessive. ! The cartridge can be changed in 5 minutes without the intervention of a plumber! It is advisable to let the water run for 5 minutes after replacing the cartridge! The air will escape through the open water tap (the opaque appearance of the water is actually air mixed with water). After several minutes of water flow, the air present in the pipes will disappear and the water will be immediately transparent again!​

When replacing the cartridge, it is also useful to check the effectiveness of the seals (o-rings) that encase the filter housing (in order to guarantee it is waterproof) .​

Order a filter or cartridge
Menu